Everyone is welcome to post on our Facebook Page, www.facebook.com/pauldingcountyuncensored, on events in and around Paulding, your experience at businesses (no false accusations), debating will occur but no name calling nor profanity. (You can message us to be anonymous for open debates)

We welcome those who want to be anonymous. Message an admin, and depending on your facts/debate we will repost without the mention of your name.

Paulding County has a lot to offer and we want to be the one who showcases that. We will occasionally post about our neighboring cities because we all want to know our neighbors.

Paulding County is the state’s eighty-ninth county, created in 1832 as one of nine counties carved from the original Cherokee County. It was named for John Paulding, one of three New Yorkers who captured the British spy John Andre. Andre was the accomplice of Benedict Arnold, a general during the Revolutionary War (1775-83) who hatched a treasonous plot to surrender an American fort to the British enemy.

Originally held by Creek Indians, the land was lost in battle to the Cherokee Nation in 1755. In turn the Cherokee lost the land to white settlers who arrived in the nineteenth century. Many of them came in response to the discovery of gold, with two veins running through what was to become Paulding County, in 1829. Upon this discovery the state broke all its treaties with the Cherokee and divided the land into forty-acre “Gold Lots,” which it distributed by lottery in 1832. Gold seekers migrated from other parts of Georgia and from other states. Many did not find gold but remained in the area to farm.

By 1840 agriculture was the primary occupation in Paulding County, followed by manufacturing and trades. Primary crops were corn, tobacco, and wheat, with some cotton. Nonfarm enterprises included a number of gristmills, sawmills, potteries, and tanneries.

In 1851 Polk County was created from part of Paulding. Between 1832 and 1874 parts of Paulding County were annexed to several other counties: Campbell (now defunct), Carroll, Cass (later Bartow), Cobb, Douglas, Haralson, and Polk. Between 1850 and 1874 Paulding County annexed parts of Carroll, Cobb, Douglas, and Polk counties. Today the county covers 313 square miles. There have been two county seats in the county’s history. The first, Van Wert, was created in 1833 and named after one of John Paulding’s two companions in the arrest of Major Andre. Van Wert was in the part of Paulding County that went to Polk County.

The new county seat was named Dallas for George Mifflin Dallas, who had just finished serving as vice president in U.S. president James K. Polk’s administration. Incorporated in 1854, Dallas has been home to several courthouses, the first described as resembling a shack, three miles from today’s city center. The next courthouse was built in the mid-1850s and was replaced by the current structure in 1892. Placed on the National Register of Historic Places in 1980, the current building has been renovated several times and was provided with a three-story annex in 1990. Other incorporated cities in the county are Braswell and Hiram.

In the months leading up to the Civil War (1861-65), Paulding County, largely rural and inhabited by a majority of nonslaveholding citizens, was a cooperationist county. After Georgia seceded, however, the county joined wholeheartedly in the Confederate cause. A large number of Paulding County men joined the Confederate forces, and both civilians and soldiers saw action in the county. Many of the county’s roads, following Indian trails that led from a spring near Dallas, radiated from the county seat to cities such as Atlanta and Marietta. Union general William T. Sherman planned to take possession of Dallas so that he could control the routes to and from these cities. Confederate general Joseph Johnston and his troops attempted to prevent Sherman from realizing his plans, resulting in three major encounters in Paulding County in May 1864: the battles of New Hope Church, Pickett’s Mill, and Dallas. These conflicts delayed the Union capture of Atlanta by at least a week.

After the Civil War the county languished for decades, experiencing the difficulties common to other agricultural areas in the South beset by the loss of numerous young men, overused soil, and economic depression. Life for the county began to improve in 1882, however, when the East Tennessee, Virginia, and Georgia Railroad built lines through it. The railway was directly responsible for tripling the population in Dallas by the end of the decade. The town of Braswell was created around a depot placed at the site by the railway in 1882, when it laid tracks through the area.

Paulding Consists of these Cities:

Dallas – It was named for George M. Dallas, Vice President of the United States of America under James K. Polk.

Mayor Boyd L. Austin, Jr., is a lifelong resident of the City of Dallas, and a 7th-generation Georgian. Mayor Austin is the longest-serving mayor in the City’s history. First elected in 1995, he is presently serving his fifth term in office. Austin is the dean of the chief elected officials and constitutional officers in Paulding County. He serves as a member of the Board of Directors, the Executive Board, the Legislative Policy Committee, and the Property Development Committee of the Georgia Municipal Association. He is a Trustee and member of Executive Committees of the Georgia Municipal Employee Benefits System, the Georgia Municipal Workman’s Compensation Self Insurance Fund, the Georgia Inter-local Risk Management Agency, and the Georgia Municipal Captive Insurance Company. He is a member of the Board of Directors of the Northwest Georgia Regional Commission. He is Vice-Chairman of the Paulding County Airport Authority, Chairman of the Paulding County Industrial Building Authority, and a member of the Paulding County Board of Health. Mayor Austin chaired the Terminal Development Committee for the Paulding Northwest Atlanta Airport, Georgia’s newest general aviation airport. He has served on the governing board of the Metropolitan North Georgia Water Planning District since 2003, and was elected Vice-Chair in 2010. In 2011, Mayor Austin was elected Chairman of the Metro District which governs water policy for the 15 counties, more than 90 cities, and over 5 million people in the Atlanta metropolitan region. He also chairs the Water District’s legislative affairs committee. Prior to that, he was appointed by Speaker Tom Murphy to serve on the state’s first Statewide Water Study Committee in 2001-2002, and chaired its Inter-Basin Transfer Study Committee. In 2010, Governor Sonny Perdue appointed Mayor Austin to serve as a municipal representative on the Board of Directors of the Georgia Environmental Finance Authority. Mayor Austin is very active in the community. He is an Executive Committee member, Deacon and men’s Sunday School Teacher at the First Baptist Church of Dallas. He is a member of the Sons of the American Revolution, the Sons of Confederate Veterans, the Sons of the American Legion, the Paulding County Historical Society, and the Paulding County Chamber of Commerce. He is a member of Dallas Lodge #182 F&AM and Bartlett Lodge #139 F&AM, and the Yaarab Shrine A.A.O.N.M.S. Mr. Austin is a member of Kappa Sigma Fraternity, and the Beta-Lambda Alumni Chapter of Kappa Sigma. Mr. Austin is the property manager of Senior Communities Management, Inc., which manages several independent senior communities in the west metro area of Atlanta.

Hiram – The city was named after Hiram Baggett, the town’s first postmaster.

The Mayor of the City of Hiram is Mayor Teresa L. Philyaw who swore in as the Mayor on Dec 31, 2015. She ran a successful campaign based on her vision of:

Mayor Philyaw has been busy representing Hiram in our County and the Community – She is a former councilwoman, and a member of the Paulding Chamber of Commerce. She is also a life-long resident of the City of Hiram, Teresa has a deep and abiding love for her hometown. Teresa has dedicated herself to making sure that the City of Hiram is still a source of pride for the residents and businesses that call Hiram home.

Braswell – This is a city that’s in Polk and Paulding Counties in the U.S. state of Georgia. Mayor Richard Fennell  (No Images Available) 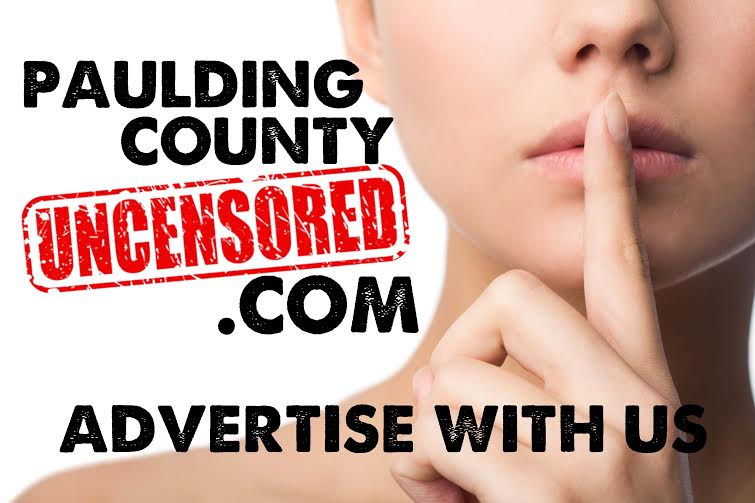 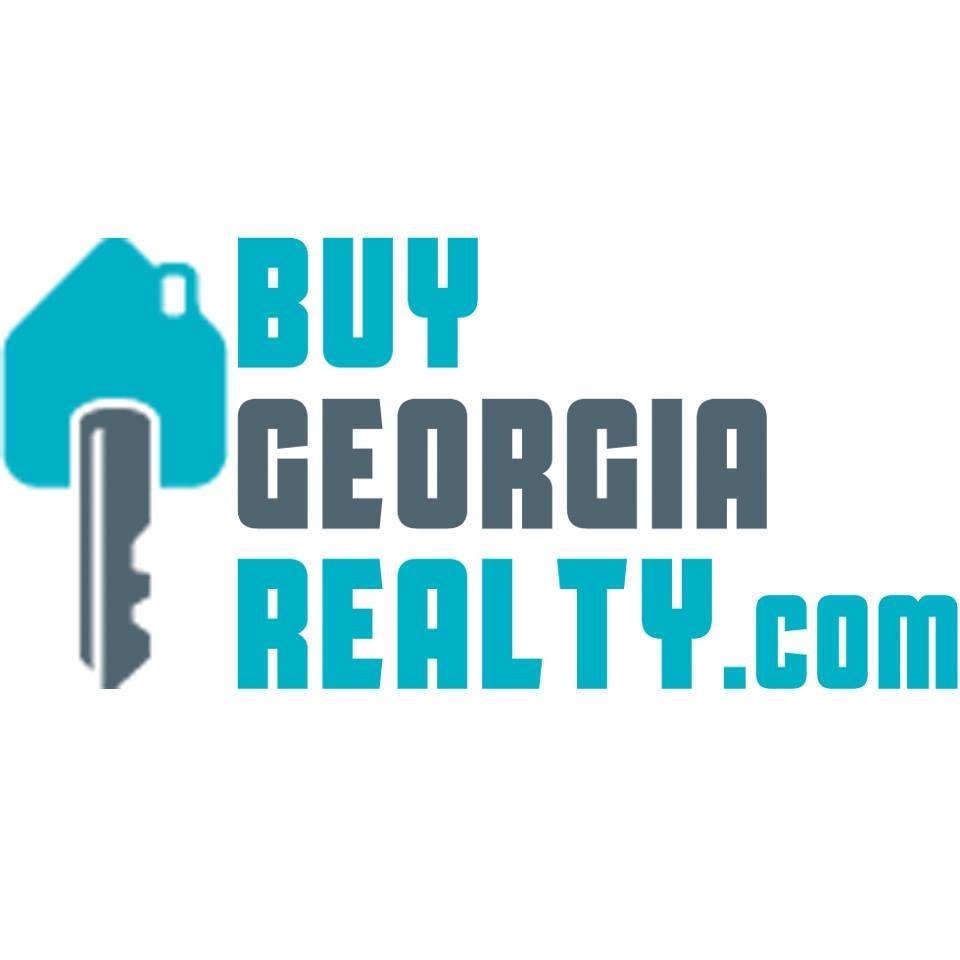